The Alliance Missions are a game mode in which the members of an Alliance cooperate together to complete Alliance maps to earn rewards. 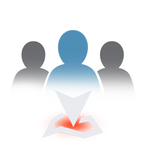 The Leader or an Officer selects a Map and Difficulty, then starts the mission. 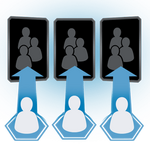 The Alliance is split into multiple Battlegroups for the Mission. 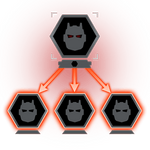 Battle enemies to earn event points for the Alliance. Defeat certain Bots to remove linked effects from other enemies! 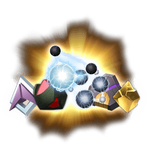 Earn as many points as possible! Compete against other Alliances for rank rewards at the end of the event.

In Alliance Missions, you and your Alliance will split into Battlegroups to simultaneously take on a challenging map together! Alliance Missions will push you to communicate, organize, and attack as a team to make your way through a Map full of new challenges.

The Alliance leader or an officer can select the Map and Difficulty for the Mission. There are currently three maps to choose from; The Fallen Empire, the Orbital Command, and the Fractured Tomb. Each of these maps offers a level of Challenge, and differing rewards.

Increasing the difficulty of the map increases the required resource cost to run the map. This is where your Alliance Treasury comes in. Donate Gold and Loyalty to your treasury that you can use to open an Alliance Mission. Choosing how much to donate and what difficulty level is right for your alliance is up to you! However, there were several periods when Alliance Missions were free before Version 4.1 removed Gold costs altogether.

Next, you’ll be separated into Battlegroups. If your Alliance has a full roster of 18, you’ll be able to split into 3 full Battlegroups of 6 Commanders. Each Battlegroup will take on the same map, but separately. Your objective is to take down the Boss at the very end while exploring as much of the Map as possible. 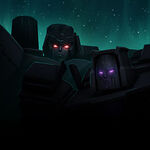 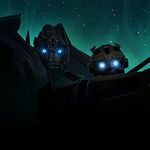 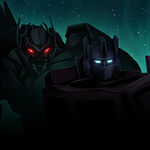 Note that Bots on the map have their Signature Abilities at maximum level. (though some levels of some Bots have been reduced)

Along the way, you’ll run into Linked Nodes and Mods. Linked Nodes are Mods that supply a boost to a different node somewhere on the map. Once the Bot on the node supplying the boost is taken down, the Bot receiving the boost will no longer get the benefits of the mod. This means that communication will be key as you and you Alliance decide how you will divide and conquer. In order to make the Map as manageable as possible, you will need to take down nodes for your Alliance-mates, and you’ll need to rely on them to do the same for you. Be prepared! Although there are some Bots you might be able to beat with the node on them still active, there are some bosses that will be VERY difficult unless they are removed! You’ve been warned!

Just exploring as much of the map as possible will earn you Gold and Loyalty, but beating the final Boss will earn you and your Alliance even more Gold and Loyalty rewards, determined by the difficulty of the map selected, and earn shards that form crystals with a variety of desirable prizes by exploring every path! The harder the difficulty you choose, the more Shards and other rewards you can win!

What else can you get from Alliance Missions? You can earn Milestone and Ranked Rewards! The points earned are determined by your Difficulty. You can earn some rewards just by hitting the Milestones, but the greatest rewards are saved for the Alliances that Rank the highest! Note there is a small level of randomness to it, since Sharkticons are randomly selected and can award slightly higher or lower points than others.

How frequent are they?

Megatron was the final boss for the longest period from December 2017 to May 2018.

Megatronus reigned the Alliance Missions from April 5, 2019 to April 3, 2020. All three maps have been reworked and new names.

A new -Tronus arrived to take the AM Boss Throne on April 3, 2020, alongside a new map and 45-minute AM Energy Recharges.

Top Alliance Ranks have been grouped together.

Push yourself to do higher difficulty Alliance Missions. The rewards are worth it, in order to help you progress further with the rank-up materials you need to advance further. This is especially important once you start having rank 3 4* bots. You'll keep getting Repair and Revive Kits via crystals and Raid Store rotating offers. They will go to waste if you remain comfortable at the current AM difficulty (be it Shattered Lands or Sanctum map).

Once your 18 members are ready, push up for higher difficulty. There might still be a few that aren't strong enough hence that is when you replace them with stronger members. An alliance family helps a lot as you can swap weak/strong members down/up of the alliances so that replacing members isn't as much as a chore.