Transformers: Forged to Fight Wiki
Register
Don't have an account?
Sign In
Advertisement
in: Bots, Autobots, Cinematic,
and 12 more

Dark of the Moon Bumblebee

Long known as Optimus Prime's faithful scout, "Bee" has evolved into a highly skilled fighting machine.He is my 2nd most best love . He's still as loveable and protective as ever, but don't be fooled: Bee is fully capable of decapitating Decepticons in a variety of creative ways.

Bumblebee has a low health rating and hitting power compared to the other Tacticians, but he is quite evasive. Another thing about him is that he is purely an anti-Armor bot, he won't nullify other Buffs that Brawlers use.

You will struggle if you try to hit Bumblebee with only melee attacks or only ranged attacks. Alternate between successful ranged attacks and melee attacks to make him switch evade modes. Fighting as a bot with ranged heavy attacks will be most helpful. 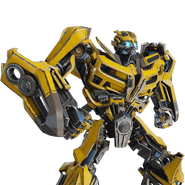 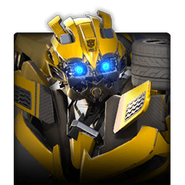 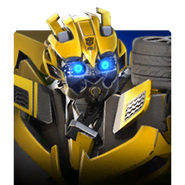 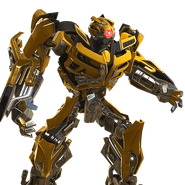