A Bot can hit an opponent with melee attacks up to five times at a time (seven for agile bots like Mirage, Arcee), which is achieved by using a mix of three light and two medium attacks. You can rack up a combo streak by successfully hitting the opponent consecutively until your bot is hit by an unblocked attack.

Basic Ranged Attacks are fired up to three at a time. As opponents can easily block or sidestep a barrage of projectiles, it is recommended to strategically shoot when the opponent is dashing forward or right after he/she completes a melee Special Attack. You can dash in immediately after a successful projectile hit or two and start a melee combo. Shooting one at a time is the safest and can be good for establishing a "good" map position or disrupting certain mods, e.g., bots that gain power while blocking can have their block disrupted by single ranged shots because they will dodge instead of block. Two consecutive shots is a bit riskier but can be useful in setting up 7a -hit combo but a miss on the second one will make you vulnerable to the opponent dashing in at you and getting their combo on your face! Three consecutive shots is the riskiest of all and should only be used when your bot has a RANGED SPEED buff, e.g., Arcee, Mirage, Starscream after a SP1.  In these cases, the opponent cannot dash in fast enough, keep in mind, this will only be temporary for the length of the buff.

Heavy Attacks can be used to deal more damage in a single hit and break an opponent's block. Some Bots have heavy melee attacks, while others have ranged heavy attacks. It is ideal to use a heavy attack when an opponent is at the edge of the arena.

Blocking can be used to reduce damage from attacks, but your block may be broken by heavy attacks. Backstep or Sidestep away from them to continue blocking. Some Bots have abilities that activate through Blocking, for example Optimus Prime's Armor or Hound's Projectile Switch. Block Proficiency can increase the damage that is reduced. Some Special Attacks may bypass Blocks, like Megatronus' Special II.

Sidestepping can be used to dodge ranged attacks at a distance. This is particularly useful if you're Blocking for a while and want to keep doing so. Some Special Attacks are hard to sidestep, like Shockwave's Special II.

Only one Bot can use a special attack at a time and is invulnerable while performing it. Special 1 and 2 attacks can be normally blocked or dodged, so be sure to use your Specials when your opponent is vulnerable, and be wary of the opponent's Specials as well. Abilities that disable Special Attacks also exist. (Jazz, Grindor)

An in-depth guide to dodging Special Attacks, made by Forged to Fight Forum user BonesetterHUN, can be seen here (Original forum post) This guide is particularly helpful if you're trying to dodge a particular Special (for example, Bumblebee (DOTM)'s Special II).

All of these combos presume there is distance between you and the opponent at the start of the combo. They follow a general pattern [setup]-[combo]-[bonus]-[reset] with many variants.

General use, setting up an "opening"

Counters when sidestepping an opponent's M (or dash in)

At Commander level 19, Auto-Fight becomes available in Solo Missions and Arenas, allowing your Bots to be automatically controlled. (Special Attacks can still be manually activated) It is recommended to only use this feature with high-ranking Bots to grind though easier maps. Full manual control is recommended against Bots in harder difficulty maps. 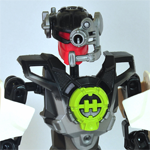 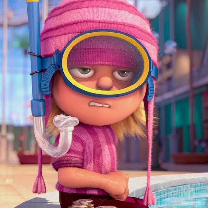 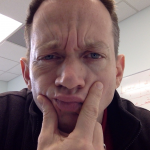 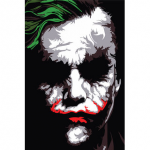