Transformers: Forged to Fight Wiki
Register
Don't have an account?
Sign In
Advertisement
in: Bots, Decepticons, Cinematic Decepticons,
and 9 more

Revenge of the Fallen Grindor

Grindor is a Movie Decepticon Brawler.

Although he's a brawling, close-combat specialist, Grindor lets his missiles do the talking in his helicopter alt mode. Note that he tends to get angry when reminded about the time when Optimus Prime 'probed' his optic sensor.

All Attacks: Being a close-combat specialist, Grindor is able to use the opponent's stored Power to his advantage, increasing Melee Damage by up to 60~98.3% 75-113%.

Grindor is a basic Brawler bot who will deal more damage the more Power the enemy has (and amplified if awakened). Due to his high health and Special Attack denial, he can be used in very long fights. However, he can't gain Melee buffs, though he gains bonuses against anyone with high Power.

Grindor's tough armor, health along with Critical Rate Debuffs makes it hard to take down high-leveled Grindors. Careful evading and endurance should help in defeating him though. Grindor uses his Melee Special 1 often, so dash back from his predictable Special Attacks, then quickly counterattack. If his Sig is awakened and you have a lot of power, make sure to dodge his attacks! They deal a lot of damage, especially through Special II, and Special Attack Denial also is another reason to dodge these things.

He is a very tanky bot health-wise. Instant energy attacks, damage over time and powerful Armor Breakers (even more so when the Armor Break can be permanent) will be your friend, as Grindor has no answer to these.

Even more so when he is on a Security Module, or an Utility Module which grants him more Armor, like the one in Rulers of Kaon, in which he becomes absolutely impervious.

As stated above, unless you have an anti-armor bot or abilities that bypass defensive buffs like Dark Burns, Grindor becomes near-invincible and cannot be hurt regularly. However, if you have abilities that can get around that, Grindor turns out to be one of the easier fights in Rulers of Kaon. Just prepare for a long fight as Grindor's massive health pool will take a long time to drain.

Turn Grindor into a flying tank with these Modules! 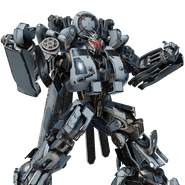 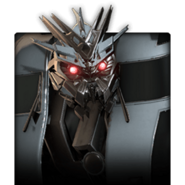 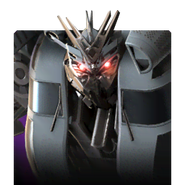