Transformers: Forged to Fight Wiki
Register
Don't have an account?
Sign In
Advertisement
in: Bots, Autobots, Cinematic Autobots,
and 9 more

Long undercover on Earth with his brother in arms, Bumblebee, Hot Rod is a powerful and agile warrior with a unique Time Bubble Cannon that definitely packs a punch.

Hot Rod is the only Warrior that can't inflict Bleed, but has the unique Deceleration ability, which is very useful against Bots with Evade buffs and has the added bonus of decreased Power Rate. Deceleration can even activate through Blocks. (For comparison, a Precision buff reduces the chance a Bot will activate their Evade, while Deceleration will stop a Bot from evading.)

Keep at range and if duped, keep using Special I to gain lots of power enough for either a Special II or III. Prolonged Deceleration leads to safer scenarios where you're facing an Evasive bot. He is a safer option to bring with you, even against Brawlers, as he won't Bleed and in turn get that Bleed turned against him. There are also little-to-no counters to Deceleration.

Also, hitting a Decelerated Bot grants him Crit Rate Buffs, which will stack the longer the Deceleration is active and how long you can keep hitting the opponent, especially bots with Armor. This will lead to him dealing major burst damage by the time he has 10 Crit Rate Buffs (on a maxed-out Hot Rod).

There's no Bot who can Purify Deceleration Debuffs but Kickback, so that grasshopper's your only proper hope against this warrior. Alternatively, don't face him against an Exo-Filtered Bot, the Decelerations will be Purified. While Grindor deals more damage the more Power the opponent has, he is the only Brawler who can gain ground against Hot Rod. Like Blaster, bots too also sometimes get inflicted by the decelerations while dodging Hot Rod’s ranged attacks.

It is ironic that the Bot who will prevent an awakened Hot Rod from Evading is Hot Rod himself.

While Hot Rod may be more suited towards offense, you may pair him with these Mods on your base! 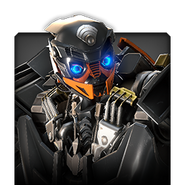 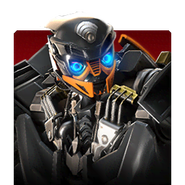