Transformers: Forged to Fight Wiki
Register
Don't have an account?
Sign In
Advertisement
in: Bots, Autobots, Generation 1 Autobots,
and 8 more

One of Optimus’ closest advisers, Jazz is the bot to go to if a creative solution is needed. Jazz is well-versed in the pop-culture trends of the Earthlings and is likely to get distracted dancing to a catchy beat and break out the local slang.

Sometimes it's worth letting a Confused opponent tire themselves out.

Confused Opponent: While Confused, opponents have a 100% chance to lose 1.5~6% of their Current Power for each missed attack. If the opponent slips down to a lower Bar of Power they are Stunned for 1 second.

Jazz's quirk is his confusion, which makes it easier to bait out enemies' Specials to dodge them. His secondary perk is Critical Rate buffs based on combos, very similar to Sideswipe.

Pairing him with Optimus' synergy allows him to deal massive damage in addition to constant Crits.

Avoid getting hit by Jazz's heavy attack. Getting confused will lower your attack rating and missing attacks will drain your power and stun. Though unlike AI-controlled bots, you can choose to not use a special when confused and thus not give Jazz Evade. Also, do not let him use his Special 3 as you do not want a permanent backfire on you. 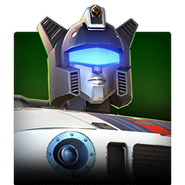 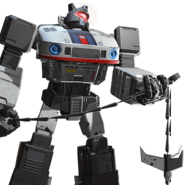