Transformers: Forged to Fight Wiki
Register
Don't have an account?
Sign In
Advertisement
in: Bots, Decepticons, Cinematic,
and 15 more

Revenge of the Fallen
Megatron

All Hail Megatron! That pretty much sums up the Decepticon leader’s ambition, and his minions’ fear-induced feelings. Pity those that stand in the way of his eternal struggle against his sworn enemy Optimus Prime.

Megatron uses his Impair Charge ability to power up his Heavy Attack and SP3. Inflict as many successful hits as you can so you can use the Charges on SP3 (the maximum amount of Impair Charges is 99) While Unstoppable, you can either fire Heavy Attacks to get an attack buff and/or heavily damage the opponent or inflict 10 total Impair Charges with two consecutive Melee combos.

However, Megatron's weakness is his reliance on Critical Hits, the fact he has few buffs and he can activate on his own and no debuffs. In addition to this, he is one of the bots who have the most weaknesses in the game. Bots with high attack rating especially those who has buffs that applies to their attacks and strong critical hits, Damaging Debuffs and Anti-Armor abilities which most bots have will easily bypass Megatron’s tough armor and the repair block will not allow Megatron to repair when he is below 10% health and if a single hit deals enough damage from 11%< to 0% nobody will hail him again.

Megatron will fire off heavy attacks while he is Unstoppable, so be sure to step back and sidestep them. Avoid getting too many Impair Charges by blocking and dodging his melee Special 1 and ranged Special 2.

As mentioned above, Bots with high attack rating especially those who has buffs that applies their damage and strong critical hits, Damaging Debuffs and Anti-Armor abilities will ignore Megatron’s tough armor so most bots are recommended to be used against him. Bots who also repair blocks are also recommended to use against him as the repair block will block Megatron from coming back at the end of the fight and if he is inflicted with repair block, nobody will ever hail Megatron again.

Out of all the Bots in the mission, Megatron, the final boss, is the misnomer. Unawakened and with a Resistance Shift mod, he plays like any other Megatron you'd face. Damaging debuffs are your friend, and try not to get hit. 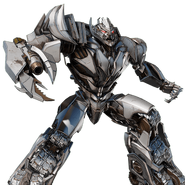 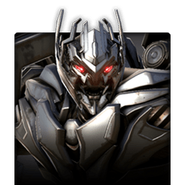 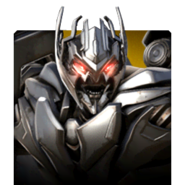 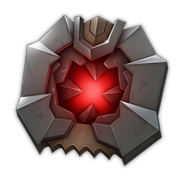