Transformers: Forged to Fight Wiki
Register
Don't have an account?
Sign In
Advertisement
in: Bots, Autobots, Cinematic,
and 13 more

He is the Cybertronian definition of altruism, sacrifice, and leadership. Always the bot with a plan, Optimus' tactical skills are only matched by his prowess in combat. If you are a sentient being, rest assured the legendary Autobot leader is valiantly fighting for your freedom!

I'll Take You All On!

Optimus Prime's perseverance changes the tide of the battle, providing increased Armor and three Melee Buffs when at low health. This may occur once per fight.

Dropping Below 20% Health: Optimus Prime's perseverance changes the tide of the battle, providing +90% increased Armor and three 21~44.4% Melee Buffs for 7 seconds. This may occur once per fight.

Optimus Prime's unique advantage is his Willpower, recovering health when bleeding and attacking, the stronger the hit the more he recovers. All but one bleed stack will be converted to Power if he's inflicted with at least two.

If Optimus has less than half his health, it is better to use his Special 1 instead of saving up for his other Specials, because he can deal far more damage with this single attack. As he deals only one hit on his Special 1, it is best to use it during or immediately after a melee combo.

His signature ability also significantly reduces the amount of damage he takes for a few seconds, so he becomes almost invincible. Go gung-ho in attacking the opponent before his buffs expire. However, damaging debuffs and Armor piercing can bypass his Armor Buffs but if a single hit deals enough damage from 21%< to 0% Optimus can’t activate his signature ability and it’s over and finished.

If possible, try to use attacks that do not inflict Bleed. Other damaging Debuffs can damage him without him benefitting from them.

If Optimus has his signature ability active, avoid using strong attacks and avoid being hit by him until his buffs expire. Or use Bots with damaging debuffs or those that can Nullify his Armor and Melee Buffs. 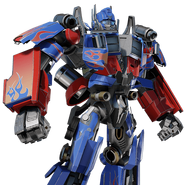 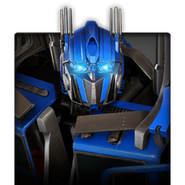 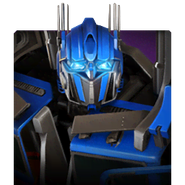