Transformers: Forged to Fight Wiki
Register
Don't have an account?
Sign In
Advertisement
in: Bots, Beast Wars, Maximals,
and 10 more

Hard-nosed and big brained, Rhinox is a Bot with a resounding passion for life. He can tangle with the baddest of Predacons, then take a break to develop new Maximal tech or stop and smell the roses. But to be sure, if you push the big rhino too much, you'll likely meet his legendary chainguns.

Passive: Rhinox ekes out extra performance from Shield Buffs, further reducing damage to 60% of the opponent's Attack Rating. When reducing the damage suffered by an attack, the extra strain causes them to explode, inflicting 52~160.9% Attack as Shock Damage.

Rhinox's Power Lock on Heavy Attacks is quite powerful at delaying opponents. This is especially true against enemies with Power Rate-related challenge mods like Power Flow Timed, for example. He is the only Tech bot who Bleeds. Special I will remove enemy Buffs and exchange them for Bleeds.

Be sure to remove all of Rhinox's Shields before activating a Special Attack. But don't remove them with strong, melee attacks; shields removed this way are incredibly likely to Shock your Bot if his signature ability is awakened. If using melee attacks, only do this when Rhinox is shielding.

Superconductors 1000 and 2000 - Rhinox’s power locks can disable these mods from gaining more power for the bot.

This veteran Maximal will gain some more reliable damage, with these Mods! 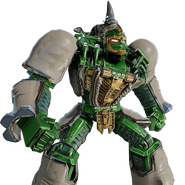 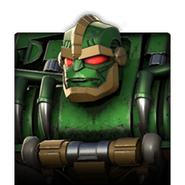 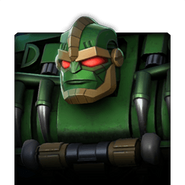 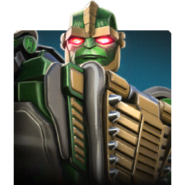