Transformers: Forged to Fight Wiki
Register
Don't have an account?
Sign In
Advertisement
in: Bots, Decepticons, Generation 1,
and 9 more

Megatron’s notoriously treacherous Decepticon Air Commander. Starscream’s ambition and resilience is legendary but his lust for power often backfires, earning him scorn, ridicule, and the odd laser blast from Megatron. He dreams that one day he will be called Lord. Lord Starscream.

Starscream’s cunning is without limits, eventually he will find a way to nullify any advantage an opponent has.

Starscream may not have the best health rating, but his strength comes through his Null-Rays. He can deal significant damage when nullifying Armor, Melee, and Attack Buffs. The projectiles do not Nullify if they are blocked, so the best times to zap opponents are when they are dashing forward or just as they finish a melee Special Attack.

Bots with lots of buffs and Demolition Bots have a disadvantage against Starscream if his Signature Ability is awoken; he can Nullify and severely Shock them through their many buffs. However, Some Demo bots like Ironhide have the fewest buffs, so these bots and bots who do not have many buffs are recommended to use against an awakened Starscream.

Try not to get tagged by his Special 2, which is unblockable. Otherwise, try to avoid his ranged attacks so you don't get nullified. 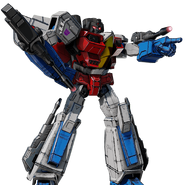 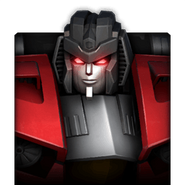 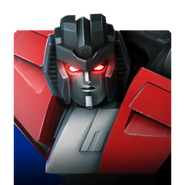 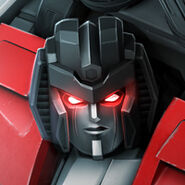