Transformers: Forged to Fight Wiki
Register
Don't have an account?
Sign In
Advertisement
in: Bots, Beast Wars, Predacons,
and 9 more

Despite his loyalty to the Predacon cause, the stalwart Waspinator never gets the respect he deserves from both his teammates or the universe. He has a knack for being crushed, smashed, and torn apart, but this bug has shown himself to be nearly indestructible, always appearing reassembled and ready for the next battle.

Waspinator’s ability to endure otherwise fatal blows and quickly reassemble himself makes him a tough bot to take out.

On Knockout Blow: If Waspinator would take lethal damage, he instead becomes Invulnerable, Purifies all Debuffs and Repairs 1~20% health.

Waspinator has the lowest health rating of the Demolition Bots, but he specializes in ranged attacks, so use many of them as possible. Try to inflict Resistance debuffs on enemies as much as possible before casting the Wasp's Special Attacks on them. Try a shoot-and-dash-in technique, deal a full melee combo, then the debuffs should be active just long enough for the Wasp to deal amplified Special Attack damage.

Sidestep up and down as much as possible, as AI-controlled Waspinator likes to cast his ranged attacks, heavy ranged attacks and Special 1 at a distance. Be wary if he has his signature ability awakened; You won't be able to hit him immediately after he revives.

Waspinator will help defend base with these Modzzzzzz! 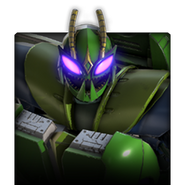 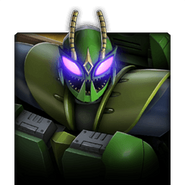 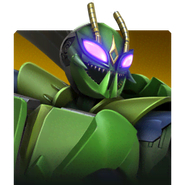